His Eminence the Bishop of Corfu, Paxos and the Diapontian Islands Mr. Nektarios received on the morning of Monday, February 15, 2021 at the Diocese of Corfu the Deputy Minister of Health Ms. Zoe Rapti, who is paying a visit to Corfu. The Deputy Minister was accompanied by the Corfu MP Mr. Stefanos Gikas, the lawyer Mr. Giannis Kontos on behalf of NODE Corfu, her associates, including her advisor who works at the World Health Organization.

Mr. Nektarios had a cordial conversation with the Deputy Minister and discussed, among other things, the issue of the construction of the church in the new hospital of Corfu, the work of which has been undertaken entirely by the Holy Metropolis. At the same time, His Eminence was informed about issues related to the pandemic and its management and asked the Undersecretary to convey to the government the desire of all to be open in Corfu for visits in view of Easter, if health conditions allow it. , as well as to celebrate ecclesiastically, with the temples open, the great feast of Christianity.

The Deputy Minister stressed to His Eminence that the Greek government wants this to happen and expressed her satisfaction with the fact that the local Church with its structures helps the society to be sensitive in the way of dealing with the crisis.

MESSAGE OF HIS EMINENCE, THE BISHOP OF CORFU, PAXOI AND DIAPONTIAN ISLANDS, MR. NEKTARIOS ON THE OCCASSION OF NEW YEAR 2022

MESSAGE OF HIS EMINENCE, THE BISHOP OF CORFU, PAXOI AND DIAPONTIAN ISLANDS, MR. NEKTARIOS ON THE OCCASSION OF NEW YEAR 2022 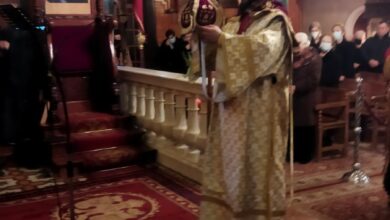 Celebrating the Sunday after Nativity in the Holy Metropolis of Corfu 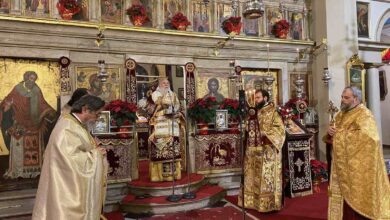 Christmas in the Holy Metropolis of Corfu 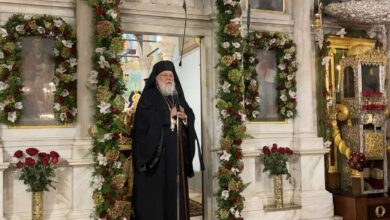 MESSAGE OF HIS EMINENCE, THE BISHOP OF CORFU, PAXOI AND DIAPONTIAN ISLANDS ON THE OCCASION OF CHRISTMAS 2021 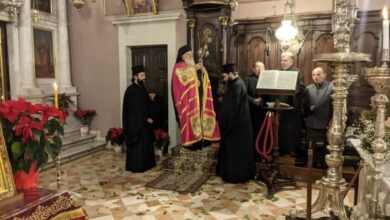 The Vesper of Christmas in the Holy Metropolis of Corfu