On Tuesday afternoon, February 18, 2020, his Eminence, the Bishop of Corfu, Paxoi and Diapontian Islands, Mr. Nektarios was visited by the President father Georgios Sellis and the Vice- President of the General Assembly of Holy Assembly of the Priests in Greece (HAPG)and gifted him with a plaque by the HAGP and the decision of his Honourable Membership in HAGP. Mr. Nektarios thanked the fellow priests for the honour and underlined that the times require unity and walking side by side both the bishops and the priests, in order for the donward direction of our society towards  the lack of religion and at the same time to maintain the role of the priests in the greek society. He also pointed out that the HAGP is nothing foreign, as the HAGP expresses the total number of the clergymen in Greece. The fathers thanked Mr. Nektarios for the hospitality and the support to the HAGP work, while underlining that the fight goes on in order for the priests to be equally respected by the society according to history and their significant offering.

BISHOP OF CORFU, MR. NEKTARIOS: NO TO THE ORDERS OF THE NEW-IDOLATRY

BISHOP OF CORFU, MR. NEKTARIOS: NO TO THE ORDERS OF THE NEW-IDOLATRY 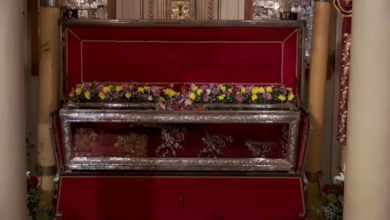 BISHOP OF CORFU, MR. NEKTARIOS: LET’S KEEP OUR SOULS GIVEN TO GOD 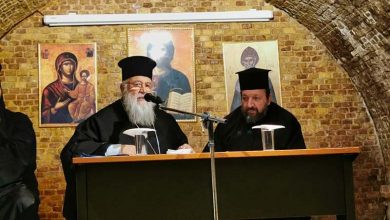 WE SHOULD NOT DISPLACE OUR RESPONSIBILITIES 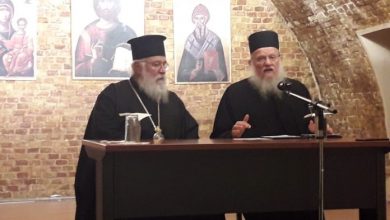 Clergy Meeting in the Holy Metropolis of Corfu