The second point that the Lord emphasized to the Samaritan woman is when she asked them for water from Jacob’s well and she denied him because of her origin. The Lord offered them the living water, which will never thirst again in the century. And this is because he diagnosed the spiritual thirst of the Samaritan woman.

The third point of the dialogue that took place is the subject of prayer and the essence of God. The Samaritans proclaimed that only on Mount Garizin could people truly pray, and the Jews believed that true prayer could only be performed in the temple of Solomon. In the present reality of the worship of God there may be a deficit in the worship of the modern spiritually thirsty man.

Today, while people are spiritually thirsty and seekers of God, we are going to the wrong source to quench our spiritual thirst, but also to seek the true God. The neglect of the Bible, but also of the true God himself by modern man, led mankind to a spiritual quagmire, resulting in this search for a misunderstanding of the true God and the way of worship. To find the living God we need isolation from the turmoil of life, inner purity and mental exercise, through monologue prayer. Then you reveal God to those who seek Him, as Jesus Christ was revealed in Samaritan woman.

At the end, His Eminence wished the large congregation, which included the Corfu MP Mr. Gikas, to have the light of the Resurrection and the joy of the Resurrection in their lives, so that they could prosper spiritually and praised the pastor of the village, Fr. Spyridon Koursaris. for the spiritual work he performs in the parish 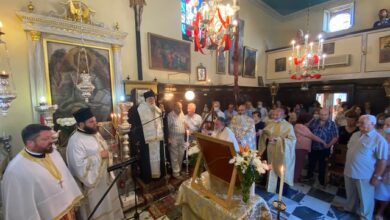 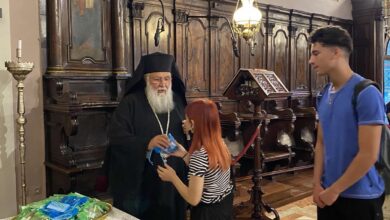 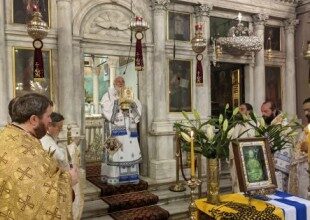 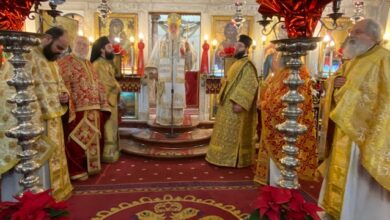