In view of the celebration of the patron saint of Corfu, St. Spyridon, which according to the tradition of our place and people lasts for three days, the Holy Metropolis of Corfu, Paxos and the Diapontian Islands announces the following to the people:

The local Church is fully aware of the conditions under which this year the celebration takes place. As it has done so far with responsibility, which unfortunately, not only regarding Corfu but also for the Church in general, has probably not been appreciated at all, it will comply with all the measures that the State has taken for the operation of the temples, despite the sorrow and pain caused to clergy and laity by the non-participation of the faithful in the services.

The Holy Metropolis contacted the  responsible police authorities in view of the three days. His Eminence the Bishop of Corfu Mr. Nektarios asked, after the end of the holy services, to allow the people of Corfu who wish to worship the holy shrine of the Saint, according to the tradition of the place, in compliance with all measures to protect public health , as is the case in supermarkets, grocery stores, pharmacies and other places that serve the citizens. He suggested that the Holy Metropolis has the responsibility inside the church so that there is a certain number of believers, as of course in the summer (August 11) but also on the First Sunday of November, when the worship took place without creating any problems.

It should be noted that no case of coronavirus was caused, precisely because the prescribed measures were strictly observed (masks, distances, hand sanitizers, a specific number inside the temple), but also because God’s grace blesses people who come in faith. For those outside the church, the local Church proposed to be assigned to the Police, as was done before, before the pandemic, when the local police department of Corfu was responsible for maintaining order.

The order of the Minister of Citizen Protection Mr. Chrysochoidis and the Greek government not to allow the pilgrimage at all was conveyed to His Eminence, not even with the conditions that the state itself had set by the police authorities and were observed in the summer and on the First Sunday of November. In fact, it was stressed to His Eminence that the church will remain blocked and guarded so that no one will approach it and the order of the Minister of Civil Protection was conveyed to prevail “logic”, which obviously means two different ways of acting.

The Holy Metropolis is protesting in front of God and people for this careless and incomprehensible attitude of the Greek government, which is similar to days and mentalities of rogue regimes, such as that of neighboring Albania, when the state closed the temples and prohibited people from going there, all this by law. The parallel and this real historically, memory certainly does not honor the Greek government, but the faithful people are the ones to judge it.

His Eminence, the Bishop of Corfu Mr. Nektarios expresses his deepest sorrow not so much for the “behind closed doors” of the services, something he understands, respects and will continue to observe, but for the prohibition of the people approaching the church of Saint Spyridon for worship. He considers it inadmissible to interfere in the theology and the truth of the ecclesiastical tradition, the suggestion by any political and state factor of the way in which the Church and the people will celebrate the memory of a Saint and in fact of Saint Spyridon, who twice saved the place from infectious disease in the past, responding to the pleas of the people.

The Church does not grant the right to teach the way of faith to any politician or anyone tasteless of God’s grace and ignorant of its tradition, which is obviously treated simply as “symbolic” or “folkloric”, as the Church itself does not decide on matters concerning the state, respecting the distinct constitutional roles. It knows its position and does not want or can exceed it within the legal order. But it denounces in the consciousness of the people, who have both memory and judgment, its modern persecutors, who have exceeded every measure and limit.

As a consequence of the above, His Eminence the Bishop of Corfu, Paxos and Diapontian Islands  Mr. Nektarios declares that the local Church of Corfu  is in fact “in persecution”, informs the people of God about this situation and announces that, in the context of a peaceful protest that expresses the hearts of the Orthodox people, the flags of the churches will be interred on the three days of December 11-13, 2020, while the church bells throughout the Metropolitan Region will ring mournfully 5 times a day for three days.

In Europe and the United States of America, despite measures against the coronavirus, there is respect for religions and temples do not remain closed in the run-up to Christmas, and even in some countries following court rulings. In fact, based on the constitutional principle of proportionality in neighboring Italy, as well as in Great Britain, the Netherlands, France, Austria and elsewhere, the operation of temples is allowed in the presence of a proportional number of believers, while there is the possibility of individual prayer.

We do not even need to mention countries where the majority of the inhabitants are Orthodox, such as Bulgaria, Romania and Georgia, where the issue of closed churches is not even raised as a possibility. In Greece, despite the nice words that the Church contributes to the national effort, we do not see this contribution being recognized in practice.

We want to hope that the Greek government, as it enables people to meet their material needs, will understand, even at the last moment, that the spiritual needs of the people are, if not superior, at least as important, because ” “not only on bread humans live”, and they will trust the Church, which wants and can observe the necessary measures and give, with respect to humans, the opportunity to the faithful Greek people to celebrate Christmas, as befits a such a celebration of our faith, that is, ecclesiastically. 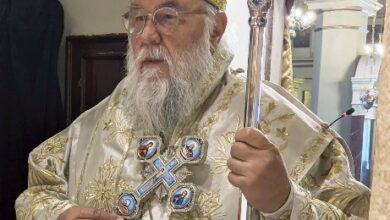 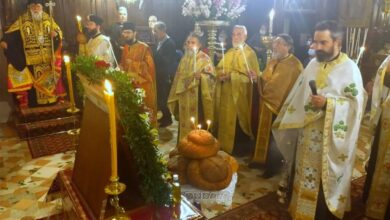 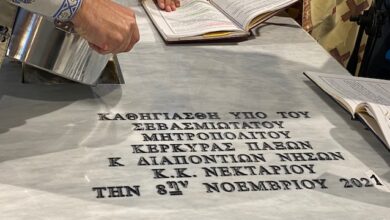